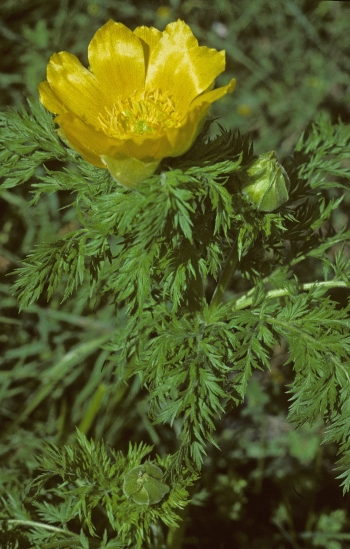 Adonis cyllenea is a showy perennial of the A. vernalis group, discovered by Orphanides on Mt Killini in 1854 and believed for some time to be extinct, but now known from a handful of localities in the mountains of N Peloponnisos, notably with a large population on Mt Saitas, where it co-exists with Biebersteinia orphanidis (Plate 12: 5). It grows in somewhat damp places in ravines, dolines and open Abies cephalonica woodland at 1100–1600 m.A
A. Dimopoulos, P., Raus, Th., Bergmeier, E. & al., Vascular plants of Greece: An annotated checklist. 31. 2013: p. 356 [Plate 20.1]