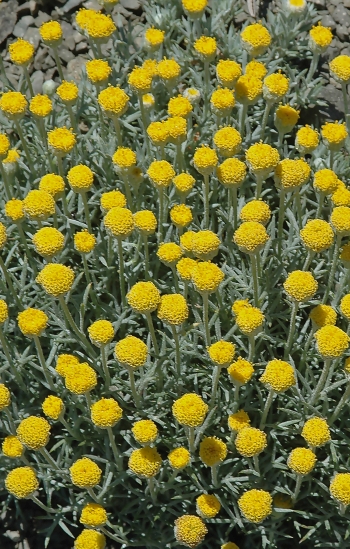 Anthemis rhodensis is a little-known local endemic of Rodos, where it is confined to rocky serpentine outcrops near the village of Laerma. It was described already by Boissier, based on a specimen collected by Aucher-Éloy in 1836, but later misinterpreted. Collections listed as A. rhodensis in Flora Aegaea (pp. 625–626. 1944) represent in fact A. cretica, probably subsp. leucanthemoides. Several other rare and local species are found in the small serpentine area by Laerma, e.g. Aethionema arabicum, Allium junceum, Cerastium dominici and Gypsophila confertifolia.A
A. Dimopoulos, P., Raus, Th., Bergmeier, E. & al., Vascular plants of Greece: An annotated checklist. 31. 2013: p. 322 [Plate 3.5]