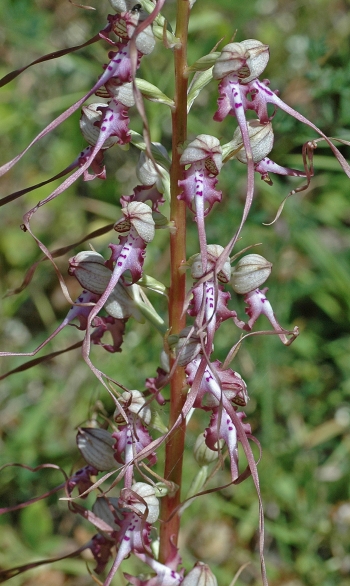 Himantoglossum jankae is widespread but scattered in S Europe and N Anatolia. In Greece it is found in dry grassland and open woodland throughout much of the country, but it is uncommon and never found in large quantity. Rare plants from Kriti have been described as H. samariense.A
A. Dimopoulos, P., Raus, Th., Bergmeier, E. & al., Vascular plants of Greece: An annotated checklist. 31. 2013: p. 350 [Plate 17.7]