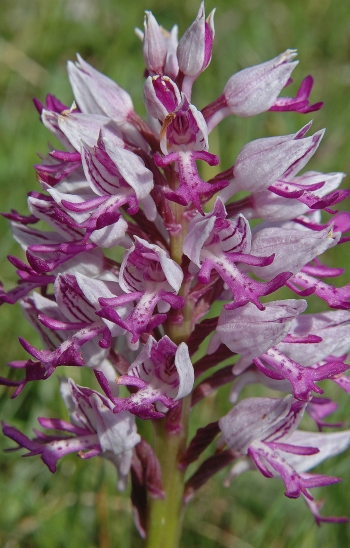 Orchis militaris is a widespread European species of very limited occurrence in Greece, where it is restricted to a few localities in the north-east, notably on Mt Falakro, where it is fairly rare in subalpine meadows over limestone at 1200–1600 m. It is a relatively large plant distinguished by the 5 whitish pink or greyish pink perianth segments convergent into an acute hood.A
A. Dimopoulos, P., Raus, Th., Bergmeier, E., Constantinidis, Th., Iatrou, G., Kokkini, S., Strid, A. & Tzanoudakis, D. 2013: Vascular plants of Greece: An annotated checklist. 31: p. 350 [Plate 17.9]