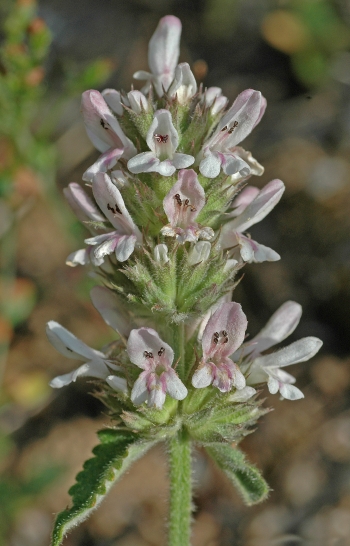 Betonica scardica is a Balkan endemic and one of many new species discovered by Grisebach on his Balkan journey in 1839. The specific epithet alludes to Scardus or Šar Planina, a large mountain range along the borders of F. Y. R. Makedonija and Kosovo, where it was first found. It extends southwards to Mt Timfristos and belongs to a group of species variously included in Stachys or referred to the separate genus Betonica.A
A. Dimopoulos, P., Raus, Th., Bergmeier, E., Constantinidis, Th., Iatrou, G., Kokkini, S., Strid, A. & Tzanoudakis, D. 2013: Vascular plants of Greece: An annotated checklist. 31: p. 346 [Plate 15.5]